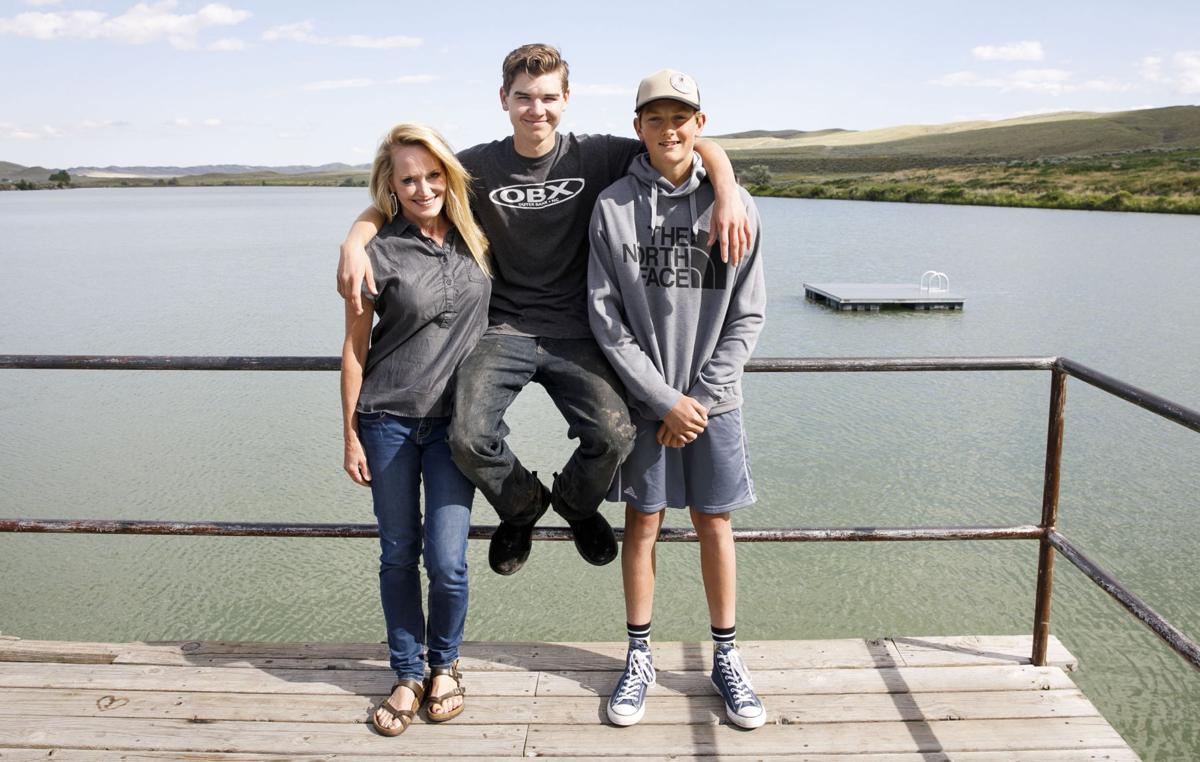 Lori Ungrund (left) and Wilkins Radakovich (right) helped pull Ashton Johnson from New Cody Reservoir on Saturday after he struggled to swim to shore and had gone underwater. 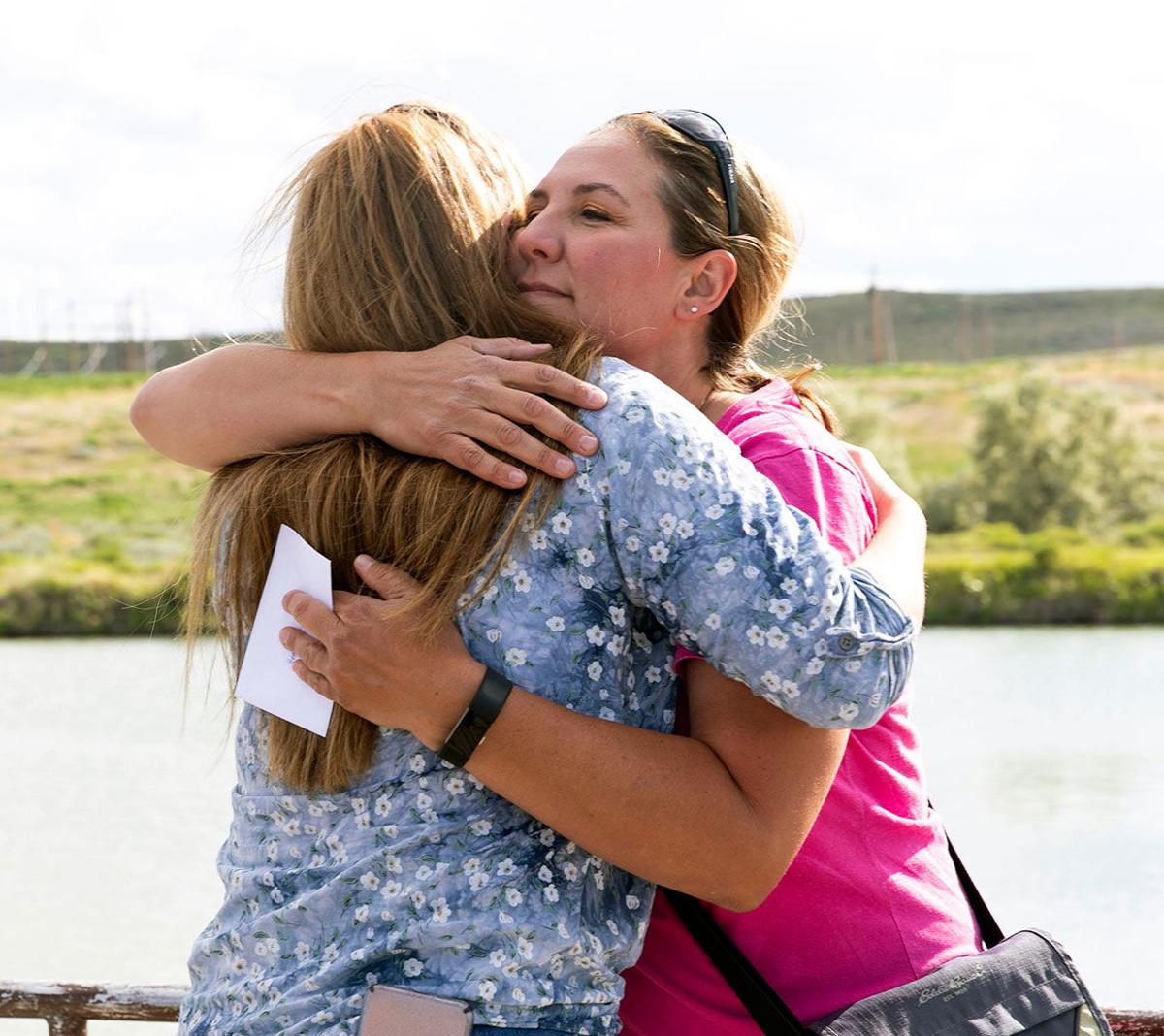 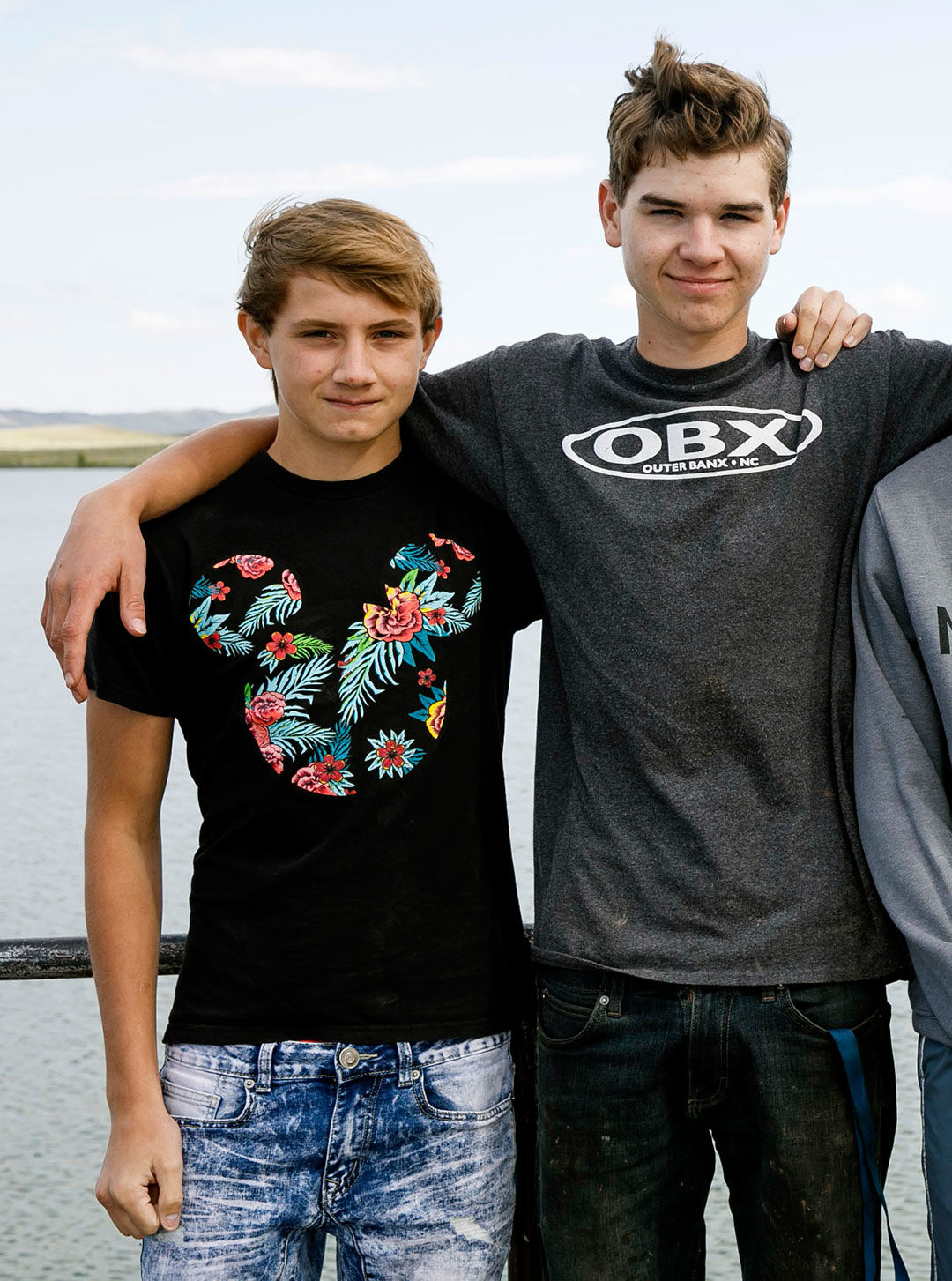 Lori Ungrund (left) and Wilkins Radakovich (right) helped pull Ashton Johnson from New Cody Reservoir on Saturday after he struggled to swim to shore and had gone underwater.

Ashton Johnson sank to the bottom when he could no longer muster the strength to swim back to the surface. As he took in gulps of water, his feet hit the bottom of New Cody Reservoir.

Under the water, it was peaceful. Above the water it was anything but.

Seconds later, the 16-year-old was saved from drowning thanks to the quick actions of people nearby.

“It was the community that came together,” his mother Heather Rogers said. “I wouldn’t have my son right now if wasn’t for them.”

Johnson was hanging out at New Cody Reservoir with friends Saturday and, while not a strong swimmer, figured he’d swim the 30 or so feet from the concrete dock to the floating dock with Michael Madson, 15.

Johnson had never done the swim before without a flotation device but he made it. He hung out on the dock for a couple of minutes and did a cannonball and a lap around before beginning to make the swim back.

He told his friend he couldn’t finish the swim and Madson tried to help, but said Johnson pulled him under the water trying to stay afloat, so Madson switched course. He asked his girlfriend to get a life vest, and she went over to where Lori Ungrund and her sister Emmi Dethlefs were hanging out with family.

“A girl came over and asked to borrow a life jacket,” Ungrund said. “She said her buddy is struggling a bit. She was so nonchalant I think she thought he was kidding.”

Madson took the device and swam back out to help.

“I knew he couldn’t swim,” Madson said. “I swam back out with a life jacket, but he had gone back down when I got to him.”

People can swallow water and be unconscious in 30-60 seconds once they can no longer stay afloat and gasp air. For Johnson the experience seemed to take far longer.

“It’s terrifying at first, but once you go down in a bunch of water, it’s very peaceful, it’s relaxing,” Johnson said.

When he hit the bottom he was in about 20 feet of water. He was sure that his time was up.

Ungrund’s sister was the first to scream.

Dethlefs saw Johnson struggling and asked Madson if he was in trouble.

Her reaction alerted the 40 or so people in the area to what was happening.

Ungrund said until then, most people there didn’t realize what was happening. Johnson wasn’t thrashing in the water or screaming for help, he just bobbed up and down, lacking the breath to scream and the energy to move erratically and attract more attention.

She said later many of the people who saw him probably thought he was messing around.

But after her sister screamed, Ungrund, a nurse supervisor at Cody Regional Health, jumped into action and rushed over.

Nearby on her paddle board, Monique Keenan said when people began screaming she started paddling over to the area.

Others spurred into action as well, including Wilkins Radakovich, 13, who knew Johnson from school.

When Johnson went under, Radakovich ran to the dock and leaped off the railing. Ungrund and another boy went in as well and Madson was already trying to find his friend in the murky water.

“Lori jumped in from the dirt, Andrew Sauers jumped in, so I went in the middle,” Radakovich said. “I saw a white thing in water, it was his hand and I pulled him up, dragged him to shore with the help of Lori (and Keenan).”

Added Ungrund, “The water was so murky, how Wilkins found him was a miracle.”

She said while not a good swimmer herself, it was God who helped everyone save Johnson.

Once they reached the shore, four people brought him out of the water. Ungrund asked for towels and the youths were on it, delivering as many as possible to keep Johnson warm.

“All of these kids helped me carry him up,” she said. “I asked for towels and they brought towels to get him warm. Kids came from everywhere. He was white, not responsive ... his mouth was blue.”

Before any CPR could be delivered however, Johnson spat up the water – he said it was more a projectile vomit – and began to tell Ungrund he was alright.

Johnson’s mom said later she knew her son was OK when she heard he asked for some Ray Bans to block the bright sun soon after getting the water out of his lungs.

“He said, ‘I never knew how much I enjoyed life until now.’” Ungrund said. “It was as close as you can get without dying.”

Rogers was at home when she received a call from her son’s phone, but no one spoke to her. She only heard muffled voices.

She called back and Madson answered, telling her Johnson had nearly drowned but was now OK.

An ambulance soon arrived and Johnson spent the next hour and a half at the hospital.

He was back in the water later that day, this time with a life jacket.

“I told him I’m going to get little floaties for his arms and he thinks I’m kidding,” Rogers said, with a small chuckle.

She said the event turned around what had been a rough day for her. When she arrived at the hospital a preacher asked to pray with her, for both her son and herself.

“All of this occurred, and God was there the whole time,” Rogers said.

Soon after Ungrund approached the city to add flotation devices to the Beck Lake docks.

Radakovich is happy to have done his part and Madson is glad to have his friend back after seeing him go under.

“I believe Ashton’s second chance at life is a true miracle, and I believe everyone who witnessed this would also agree,” Ungrund posted on Facebook after the incident.

Three days later, many of those who helped rescue Johnson met with him and his mother on the concrete dock. His lungs are still weak after the accident, but he sat on the railing and smiled, putting his arms around those who had, only days before, saved his life.