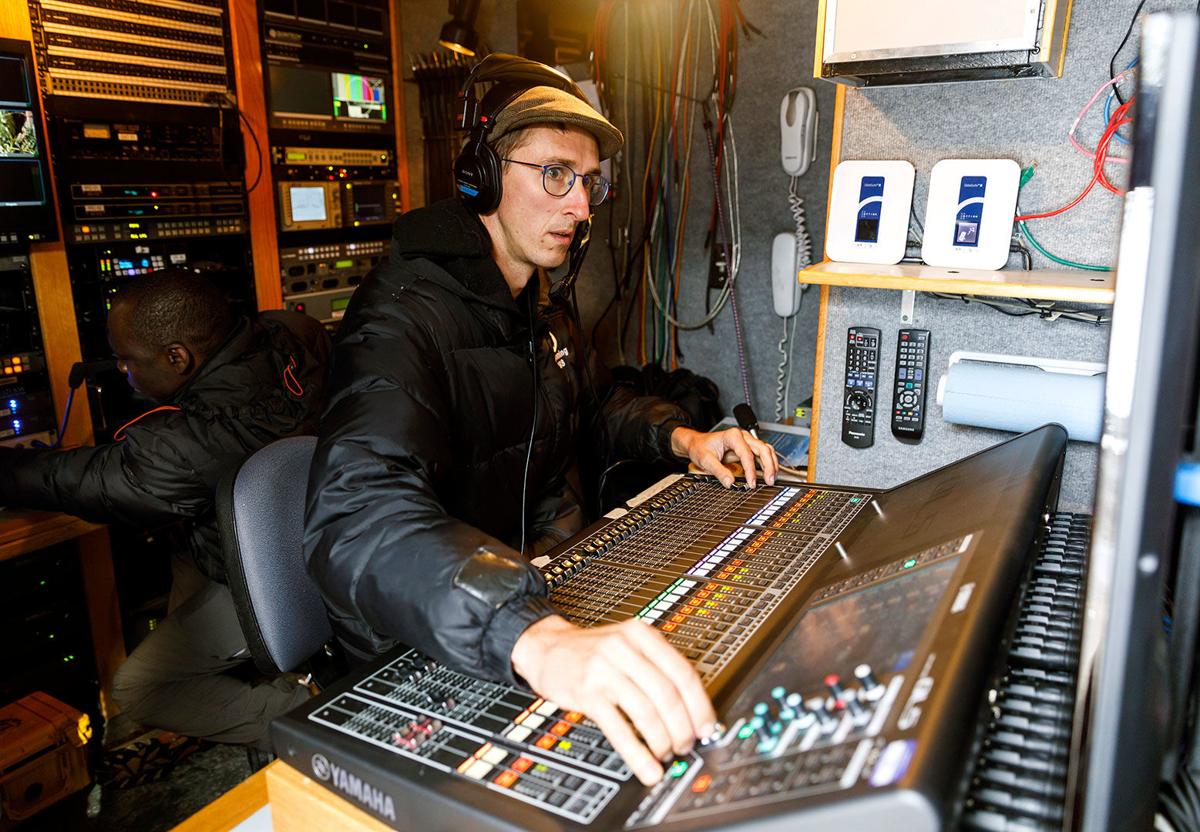 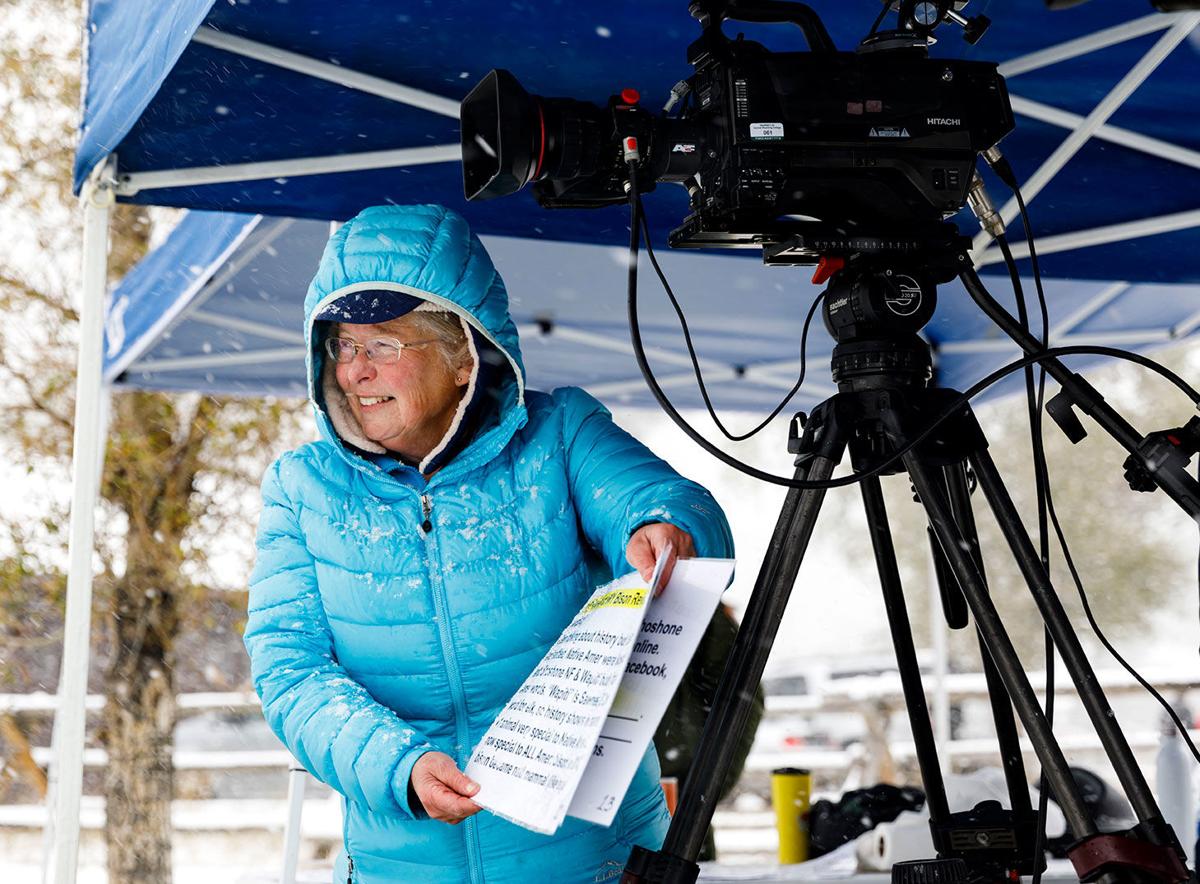 The North Fork and Shoshone National Forest were broadcast live to 3,500 schools and up to around 70,000 viewers last Wednesday during the filming of “Great Outdoors Live” at the historic Wapiti Ranger Station.

A wintry backdrop greeted the show with about 2 inches of snow on the ground and fresh snow falling from the sky throughout.

“There’s never been one this snowy before,” director Richard Shahan said of the 20-year GOL show.

The production was a collaboration of Wyoming PBS and the Prince William Network to education students on the presence of public lands in the country.

“We manage these lands to make sure they’re wildlife habitats,” Kristie Salzmann, public affairs officer for the Shoshone National Forest, said. “Today, and for years and years to come.”

Starring prominently in the show were seven students in grades 3-5 from Wapiti Elementary. They investigated owl pellets on set and sang their school song to close the show.

“Yeah, I was nervous,” fifth-grader Mia Broussard said with a short pause, “and cold.”

Despite visibly shivering, the students held tough throughout and kept their composure.

Amchat Edwards, an education specialist with the Forest Service, hosted the show and often made comical references to the scenery with his body language.

“It’s all make believe,” Edwards said with a laugh. “You’ve just got to pretend for the audience.”

That audience spanned the nation with many watching in parts of the country where people are still wearing T-shirts and shorts.

“It’s usually me wandering off and getting lost,” he said.

The purpose of Great Outdoors Live is to take children and all viewers to places they cannot see with their own eyes.

“We hope this is not the end, but just the beginning of the conversation and getting the idea of public lands in their heads,” Edwards said.

Students were also able to post questions online that scientists and Forest Service staff answered live on the show.

One student from Wyoming Indian School asked if there are many predators around the ranger station.

Salzmann said in addition to the well-known grizzly bear, lynx, fox and the ever-elusive wolverine do patrol the land.

The Buffalo Bill Center of the West brought a golden eagle with 3-inch-long talons that was featured, while Jason Brengle and Crosby Davidson were showcased with a mule pack team.

Salzmann was a cast member, telling of the many wonders the Yellowstone greater ecosystem possess.

“We had some pretty smart people who said, ‘let’s keep some of this wild,’” Salzmann said during the show. “

During parts of the show stock footage from Yellowstone was shown, showcasing bison, elk and the Park’s many natural wonders.

Another Great Outdoors Live will take place on Nov. 7 from New Mexico, to celebrate the 75th anniversary of Smoky Bear. It can be viewed, along with other videos at FS Nature Live on Facebook and at greatoutdoorslive.org/.