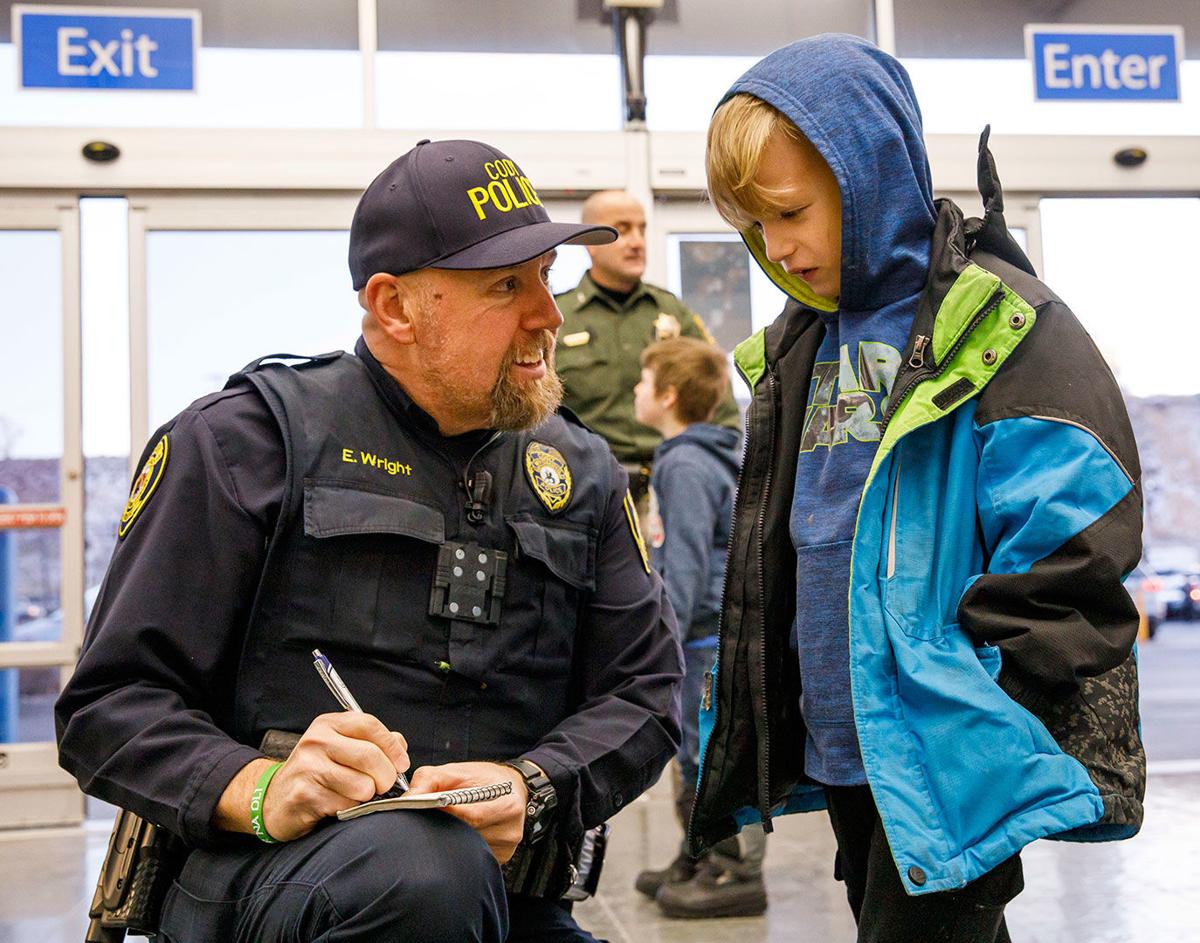 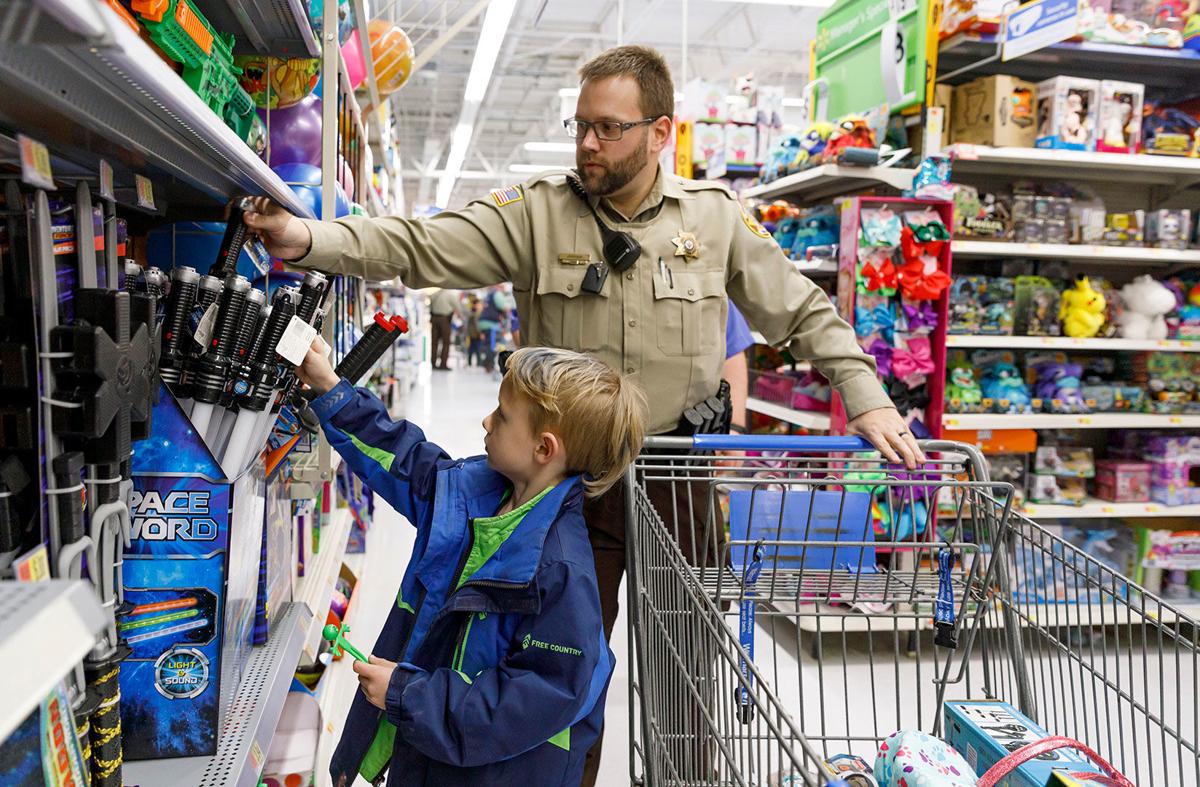 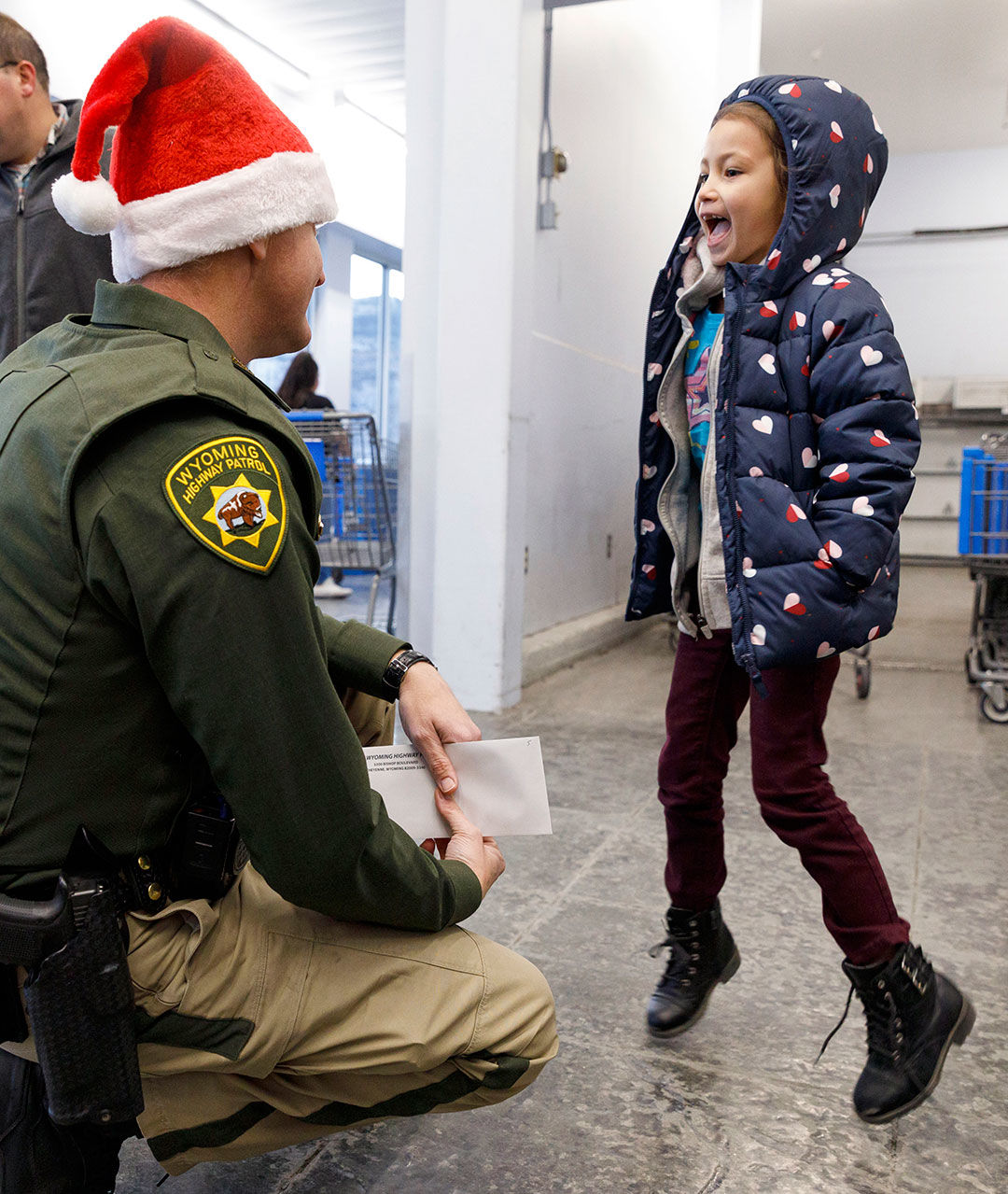 Nika Lee, 6, jumps in excitement with Wyoming Highway Patrol Trooper Randy Davis during Shop with a Cop on Tuesday at Walmart. 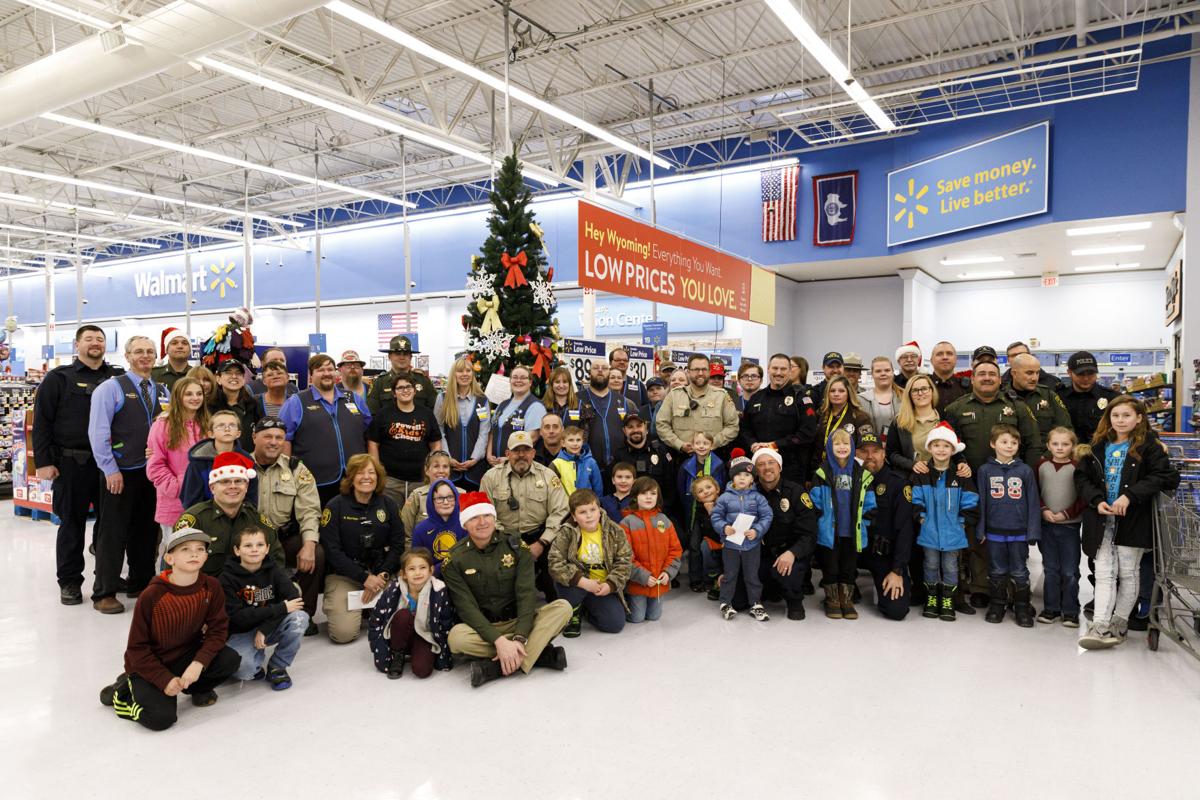 Officers and children gather for  Shop with a Cop on Tuesday at Walmart.

Nika Lee, 6, jumps in excitement with Wyoming Highway Patrol Trooper Randy Davis during Shop with a Cop on Tuesday at Walmart.

Officers and children gather for  Shop with a Cop on Tuesday at Walmart.

Wyoming Highway Patrol Lt. Lee Pence was thrilled to finally have the chance to participate in Shop With a Cop this year.

He said the last few years he’d been out on patrol and unable to be at Walmart for the event.

Cody Police Department Lt. Jason Stafford didn’t have a child to shop with but came along anyway to help out, letting the younger officers have the experience of walking the aisles with children searching for presents.

The children may be walking away with presents for themselves and their families, but the law enforcement personnel who accompany them are at least as thrilled about the experience.

“I do it because I love interacting with the kids and showing them that we’re not all doom and gloom,” said Highway Patrol trooper Blaine Mollett. “It’s fun to see a smile on the kids’ faces when they find something.”

As evidence of the events popularity, organizer Rodney Miears points to the fact that each of the seven years it’s been done locally, there has never been a shortage of officers.

Tuesday night, a wider array of officers than ever participated, with all Park County agencies represented, multiple officers coming over from Big Horn County, Highway Patrol.

Hartwig wound up getting a video game for himself, but his first thoughts were on what to get his sister.

“I’m going to get my sister something,” he said, still unsure of what to get himself.

With the help of Bock and Pence – the lieutenant made the winning suggestion – Hartwig grabbed a pair of doll heads, Anna and Elsa of Frozen, that his sister could put makeup on.

All children had more than $100 to spend, with those also buying for siblings getting nearly $200, with money donated by Walmart, the Highway Patrol Foundation, Cody Seamless Siding, Cody Coffee Roaster and Lovell Building Center.

“We’re glad to do it,” he said. “It’s great to see the kids and officers together.”

Trooper Randy Davis said while the main reason for the event is to give these children and their families a nice Christmas, it doesn’t hurt the image, which can be helpful in the future.

“This lets people see a different side of us,” he said, noting many meetings with area residents aren’t quite as enjoyable for either party.

Hartwig said he had no idea law enforcement personnel did anything like this.

“I thought they only pulled people over and took them to jail,” he said.

Instead of pulling up behind someone with flashing blue lights, Davis had the chance to spend time with Cody first-grader Nika Lee, who said she was excited as she waited outside in his patrol car for the event to start.

For another youngster, Cody second-grader Preston Jalout, who before long was wheeling out a new blue bike, his time with Cody officer Trapp Heydenberk already appeared to be leaving an impression.

“When I grow up I want to be a police officer,” he said.